It needed it, I swear So last weekend Dwight trimmed our crabapple tree. And by "trimmed" I mean he cut the crap out of it. But, really, it needed it. That tree is a beast. We've "trimmed" it multiple times and it just laughs at us and grows even more. It was taking over the front of the house. Unfortunately I didn't get a before picture, but I have one from 2011. It is a bit smaller there than it was pre-2013, but had been drastically trimmed just last year. I'm telling you, this thing is nuts. We showed it who was boss. (famous last words) Can you see it? It's hiding behind the redbud.


And apparently the volunteer redbud tree next to it is equally vigorous. I think it's doubled in size each year for the past two or three years.  Check this out – red line is the redbud, blue is crabapple and the purple is the roof line. I know the angles are different because I used a different lens, but I think you get the idea. 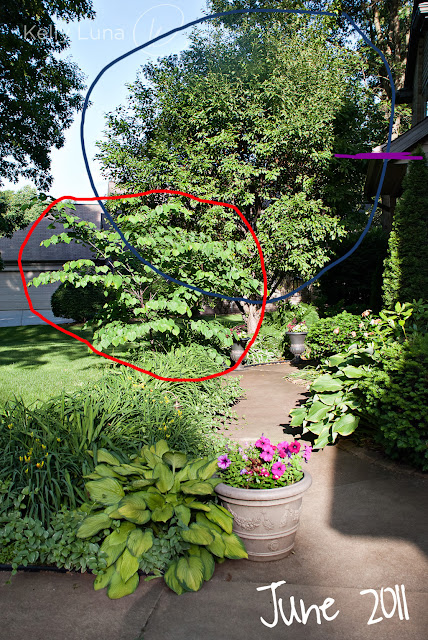 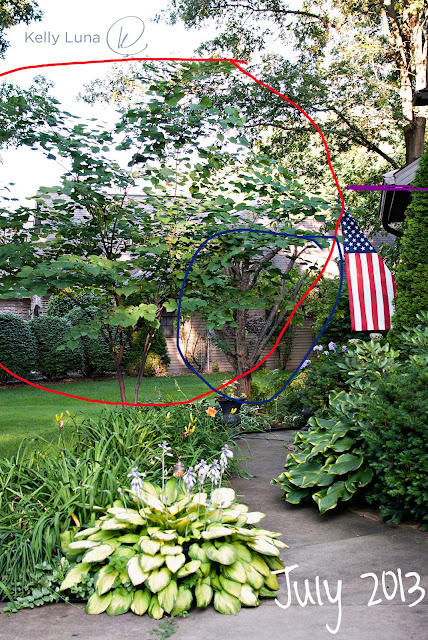 I'm not sure if it's related or not, but a young couple was walking their dog by our house the other day, and the dude kept STARING at the house. I think he was admiring the flowers. Or maybe he was admiring Dwight's "trimming" skills. All I know is that I laugh and laugh every time I look at it. It's awesome. My favorite part is this random little branch sticking out of the top. It looks like the tree equivalent of Homer Simpson's hair. 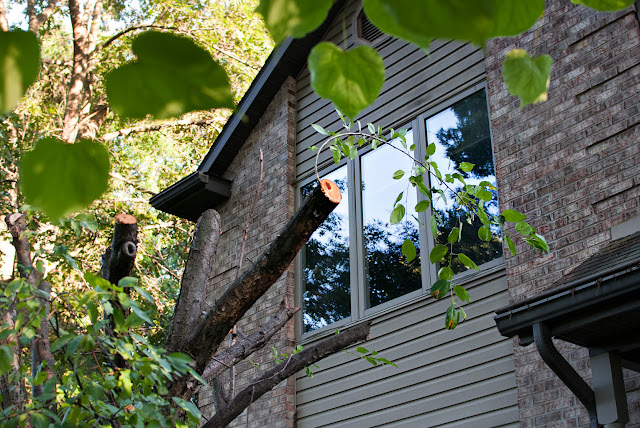