Halloween is tomorrow. Did you know that? 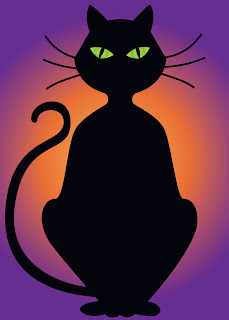 I seemed to have spaced that fact. I've seen it on the calendar. I know that tomorrow is October 31st, but for some reason, when the anchor on the local morning news mentioned something about Halloween being tomorrow, I about fell over. It was a huge shock. Holy crap. Halloween is TOMORROW.

Fortunately, D-Town bought candy over the weekend, so we're set on that front, but my sister and her family always come over to trick-or-treat in our neighborhood and I'm not prepared for that. I like to have real food for everyone to eat, since the festivities start so early that most folks haven't had time for dinner, myself included.

One good thing about this whole Halloween thing sneaking up on me is that we haven't had candy in the house for three weeks prior to the event like we normally do. Because of that, something miraculous has occurred. I haven't had ONE piece of Halloween candy. That's unheard of. I seriously think the Pope and the Miracle Verification Squad (or whatever they're called) can declare this a bonafide miracle. For a typical Halloween, Dwight and I tend to buy candy in two rounds – the first one for us, the second for the trick-or-treaters. Hey, you gotta make sure the candy is safe for the kiddos, right?