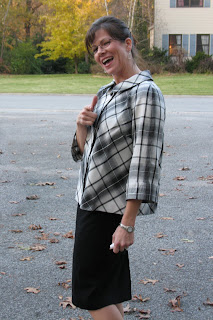 Teachers at Hawthorne Elementary School were doing double takes all day. Folks at Kroger stared a bit when someone kind of familiar stopped in. Pictures were snapped. Fingers were pointed. And Lisa had a blast.

My sister dressed as Sarah Palin for Halloween and did a bang up job, if I do say so myself. Her husband bought a McCain mask and the two of them were the talk of the trick-or-treaters as they drove two of their three kids around the neighborhood on their four wheeler. 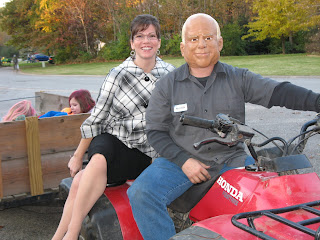