Well, mostly in pictures. I'll give some commentary, too. 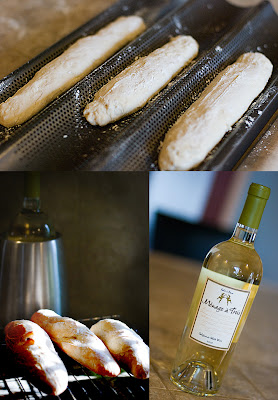 Clearly my baguette shaping skills need improving. I made the dough ahead using the
Master Recipe from Artisan Bread in Five Minutes a Day, that way
all I had to do was shape and bake the day of.

As you might know, Dwight's birthday was last Thursday. Due to schedules and the fact that it was a "school night," I decided to make Dwight a special dinner on Friday instead. Since he loves seafood, I decided to try my hand at crawfish etouffee. I used this recipe and made minor modifications — used crawfish instead of shrimp, added bay leaves and some cayenne pepper. It was delicious.

The "holy trinity" of creole and cajun cooking — onion, bell pepper and celery. 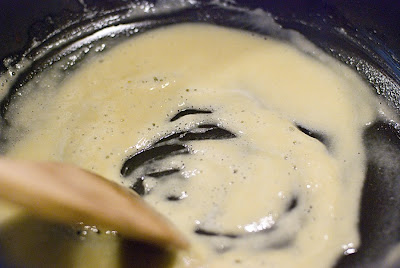 The roux, just starting out. It turned the color of peanut butter by the time I called it done. I could have gone another 5 minutes, I think, but I was happy with it. 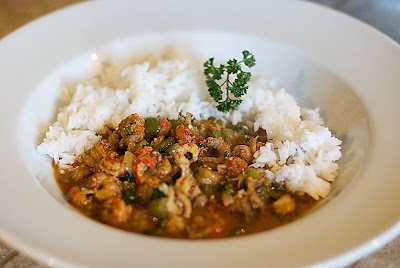 And then there was dessert.

I knew I wanted to make something with chocolate, so I went to one of my go-to recipe sites, Smitten Kitchen. Deb, SK's award winning blogger, also has a chocolate-loving husband. It just so happens that the recipe I chose was one she made for her husband's birthday a few years ago. It combines three of Dwight's faves — chocolate, cheesecake and brownies. 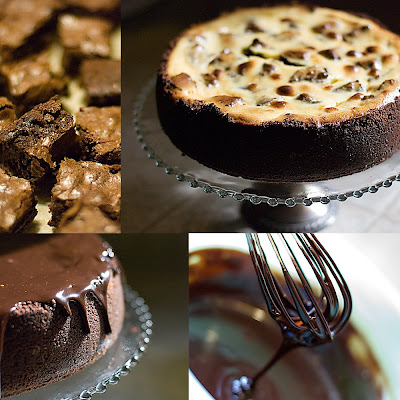 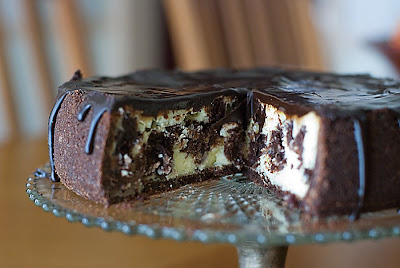