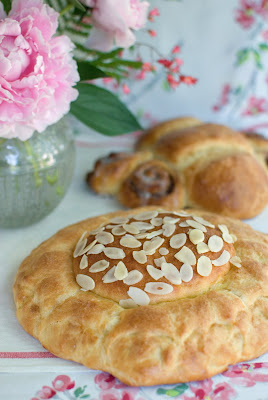 So how much butter DO you want in your bread? That was the question BBA participants faced with this week's bread—brioche. Peter Reinhart offers three variations on the classic, with varying amounts of butter and eggs. Because of the cost of the ingredients, the names of the different formulas—RIch Man's, Middle Class, and Poor Man's—relate to how much butter and eggs they contain. 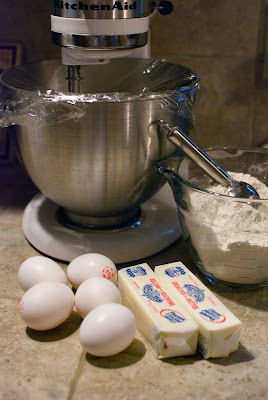 The Rich Man's version contains a whopping 88% fat. Middle class is 50% and Poor Man's is about 20%. Ouch. One of the few recipes I've made from this book prior to the challenge was the poor man's version. I didn't think I could handle the Rich Man's, so I went for Middle Class. Don't let the name fool you. This one still has two sticks of butter (for the record, Rich Man's has four sticks—one pound—of butter) so it's plenty rich. 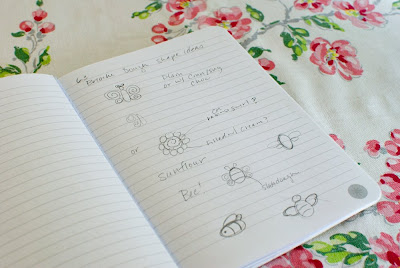 Brioche is very versatile so I wanted to try something whimsical with mine, especially after seeing a tweet from @bodaciousgirl showing bread in the shape of Hello Kitty. I keep an "idea notebook" with me almost all the time, so I jotted a few things down and brainstormed a bit. I landed on shaping them into a sunflower and a bumble bee. 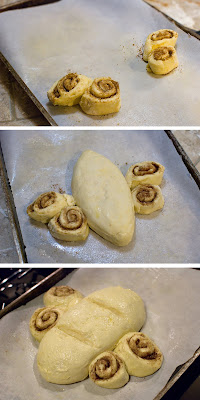 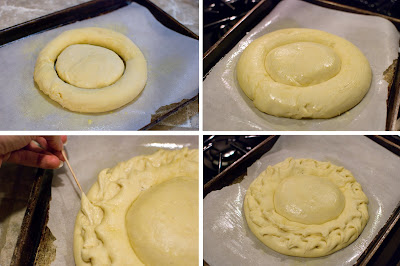 While it was good in theory, it didn't work quite as I'd hoped, at least for the flower. Brioche is so soft that it didn't hold the shape I'd sniped with kitchen shears and formed with a toothpick. No matter. It still tasted wonderful.

The bee, on the other hand, with it's cinnamon roll wings and plump body, turned out very cute. After I took my photos, I decided to wrap up the bee and give it to the neighbors. I could hear that their grandkids were visiting, and thought they could all enjoy the bread. Besides this way it wouldn't end up in MY mouth and on MY hips! 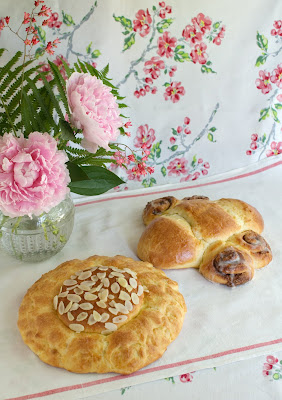 Giving away the bread sounds like a great way to avoid consuming WAY too much delicious buttery goodness during this challenge.
Posted by Kelly at 6/07/2009