As promised, here is Part Two of my Week 8 BBA Challenge baking experience. 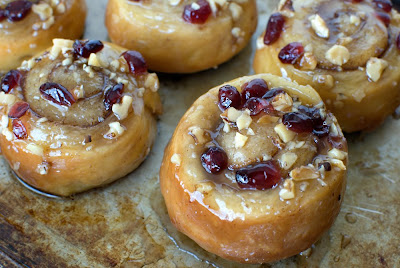 So I made the sticky bun version of the cinnamon rolls... and my life will never be the same. The skies parted, rays from heaven shone upon my kitchen and a chorus of angels sang as I took my first bite. These might possibly be the greatest thing I've ever baked. The only exception I can think of might be the Brownie Mosaic Cheesecake. But it would be a close race. 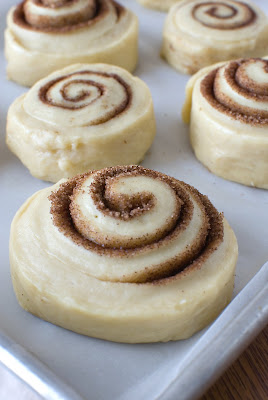 I know I said that the cinnamon twists were the best cinnamon rolls I've ever made, and I'm not retracting that, just now it would be with an asterisk. *The sticky bun version 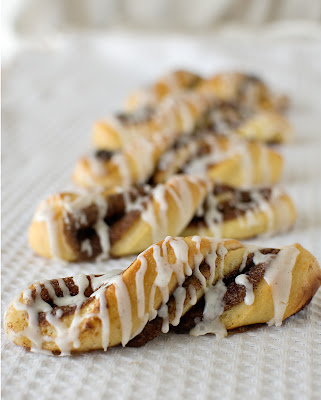 That's not to disparage the cinnamon buns. They're still wonderful and will be my cinnamon roll recipe from now until eternity. It's just that the sticky buns add to the cinnamon roll greatness in exponential proportions, creating the ultimate sweet, gooey, chewy, caramelly, buttery masterpiece. Yeah, I'm getting a little carried away, but it's deserved, trust me. Better yet, make them yourself, and you'll see what I mean.

In the mean time, here are a bunch of pictures and a few notes about this baking experience. 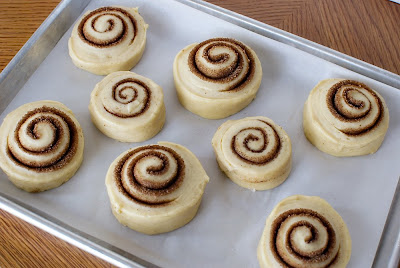 Cinnamon rolls, straight up. I cut these with thread, hence the perfect edges. I normally use a serrated knife, but it tends to squish them and create less than perfect edges. I'd heard of dental floss, but read about using regular sewing thread. Slide the thread underneath, criss cross the ends at the top and swiftly pull through the dough. It will cleanly slice through the roll, leaving a perfect edge. 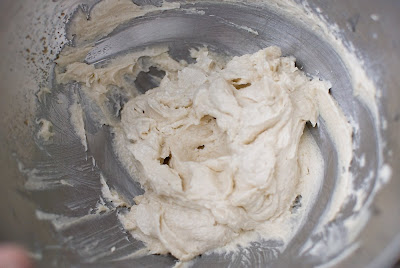 This is the concoction for the bottom of the sticky bun pan. It's a mixture of butter, white and brown sugar and salt, whipped smooth, to which is added corn syrup and flavor extract (I used vanilla). You beat it for about 5 minutes until it's light and fluffy. It's freakin' delicious, just like this. I kind of licked the beater. And the spatula. And and side of the bowl... 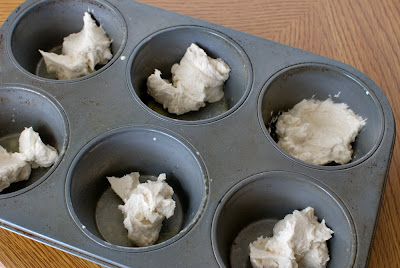 Dollops of butter and sugar spread. 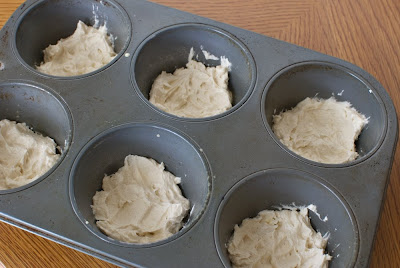 Spread and ready for nuts and dried fruit of choice. I forgot to add said ingredients before plopping on the rolls shown below. But I remembered just after shooting the pic and was able to gently lift them up and add chopped walnuts and dried cranberries. 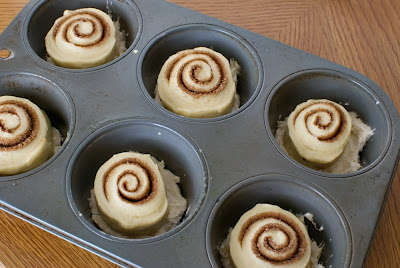 I then popped the sticky buns and cinnamon buns into the fridge, saving the baking until the following afternoon. I planned on taking them to a family BBQ. 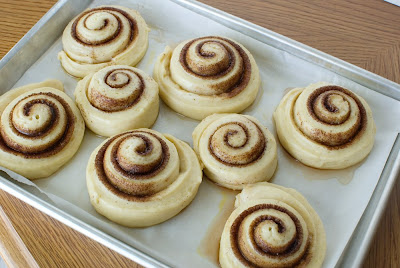 Proofed and ready to bake. For some reason, these "oozed" a bit. See the liquid surrounding each bun? It's basically syrup. I was worried that it would burn, but it didn't. Whew. 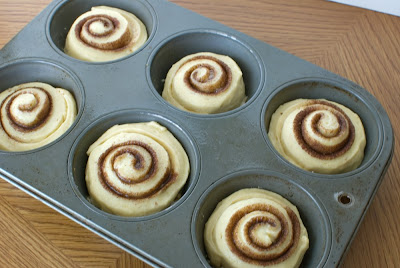 These did. Well, not really. They didn't burn, but they did bubble out all over the bottom of my stove. Crap! I forgot to put a pan underneath the tin. They have a tendency to overflow, so TAKE PRECAUTIONS. Or your oven will start billowing smoke and your house will smell of burnt sugar. Trust me. 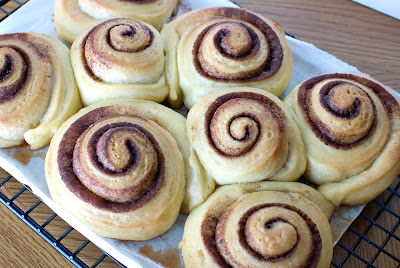 Ready for the icing. I had leftovers from the Strawberry Shortcake Cake, which is basically a cream cheese/buttercream frosting, to which I added a touch of maple flavoring because it seemed like the thing to do. 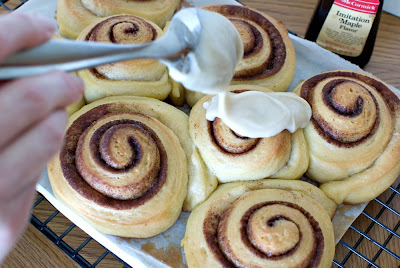 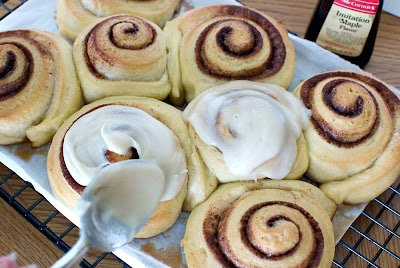 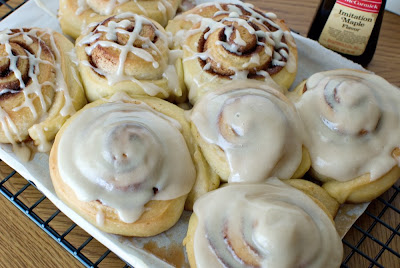 That's a diabetic coma waiting to happen, let me tell ya. That frosting is SWEET.


So there you have it. Round 2 of Peter Reinhart's Cinnamon Buns and Sticky Buns. If it wouldn't mean having to repeatedly buy new pants, I'd make these bad boys every week. But I think I'll have to save them for special occasions. 'Cause my arse is already big enough, thankyouverymuch.
click any photo to enlarge
Posted by Kelly at 7/06/2009