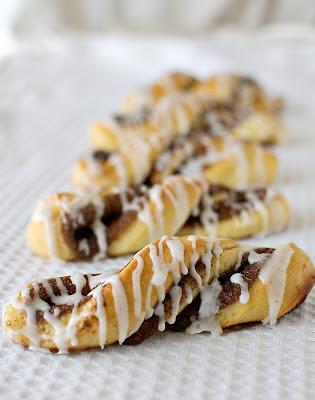 Here we are at week 8 in the Bread Bakers Apprentice Challenge. Want to join in the madness, or just learn more about this semi-crazy undertaking? Check out the following links:

Pinch My Salt BBA Challenge page—master resource for the challenge

Blogroll (Do yourself a favor and check this out. There are so many incredible bakers and bloggers on this list. It's a treasure trove of information)

This week's bread is Cinnamon Buns and Sticky Buns. The bread formula is the same for either, only the final prep is different. The cinnamon buns are self-explanatory; cinnamon sugar sprinkled over flattened dough, rolled, sliced and baked. 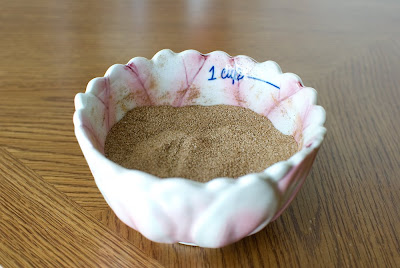 Loved the cinnamon-to-sugar ratio in this recipe.
Most call for far too little cinnamon, but not this one.
The sticky buns take this and go even further into ooey-gooey territory. The sliced rolls are arranged atop a fluffy mixture of white and brown sugar, butter, corn syrup and flavor extract. You can also add nuts and dried fruit on top of the butter mixture before finally adding the rolls.

The idea is that, as the rolls bake, the sugar and butter transform into caramel. The pan is flipped over so that the bottom becomes the top and all of the sticky, syrupy goodness flows over the cinnamon buns. Sounds kind of awesome, doesn't it?

One of the really great things about this recipe is that you can finish it in one day. But you can also take advantage of a two-day prep. Take them up until the shaping and slicing stage and pop them in the fridge overnight so you can bake them the next morning. Granted, you'll need to get up a bit early to take them out the fridge to warm up, but there's really nothing like freshly baked cinnamon rolls for breakfast.

I knew there was way too much potential for awesomeness with this recipe, so I planned on making these at least twice. This is the chronicle of my first attempt.

I used the recipe as written, right up to the point of rolling the sugared dough into a spiral. Instead of rolling, I folded it in thirds, like a letter. 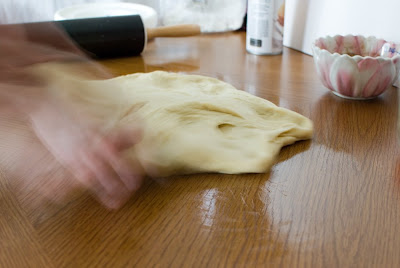 Stretching it out a bit before rolling 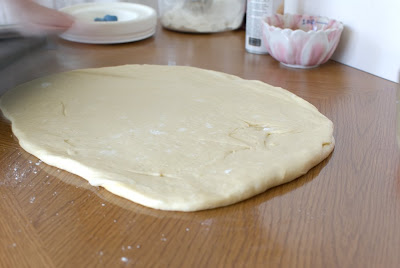 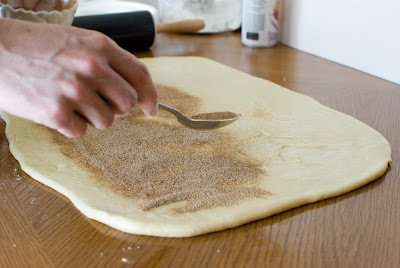 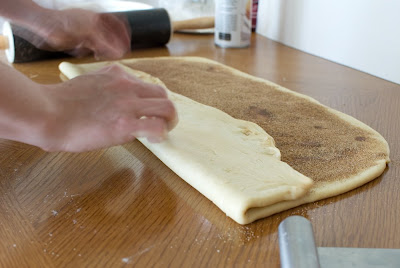 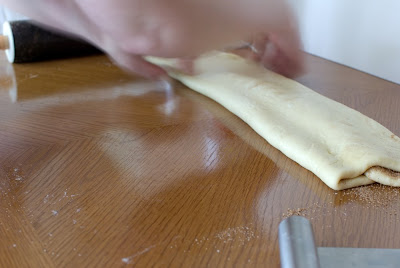 Then I took my dough cutter and chopped off 1 to 1-1/2 inch slices, took them by the ends and twisted. Once placed on the pan, they want to unroll a bit, but with a little persuasion, they held their shape. 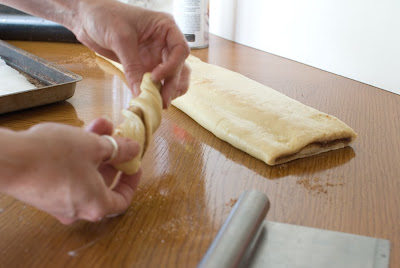 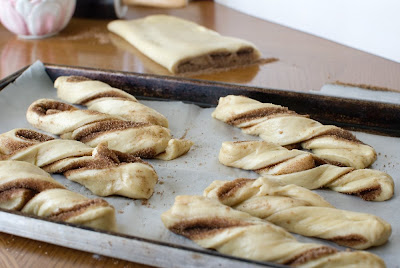 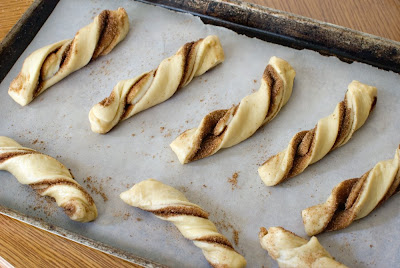 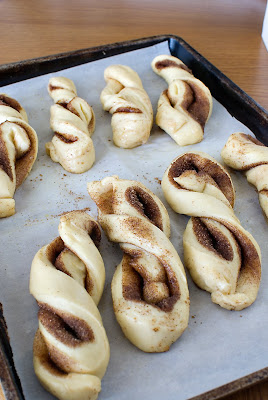 After proofing, just before baking

They puffed up nicely for the final proofing and baked up beautiful and golden. I made a super simple icing of milk, powdered sugar and vanilla extract. And because I felt like it, I scraped a vanilla bean and added that as well. 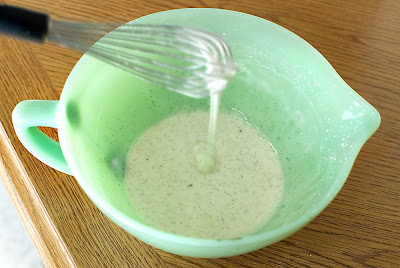 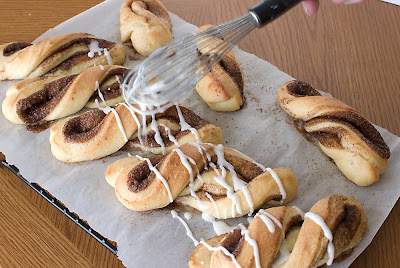 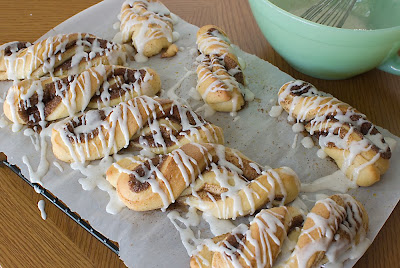 I have to say, that without any trace of hyperbole, these are the best cinnamon rolls I've ever made. The incredible thing is, they're even delicious the next day. You might be thinking, "What's the big deal about that?" Until now, I've yet to have cinnamon roll recipe taste as good the next day. They get dry very quickly and taste stale unless you heat them up. 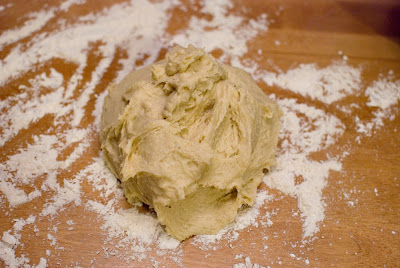 Dough right out of the mixer 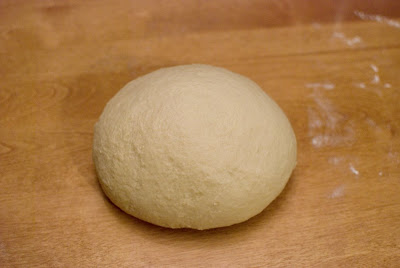 The triumph with these is the dough. It's sweet without being obnoxious, has enough butter (or shortening) to add flavor and richness, and milk to keep it soft. I used buttermilk. You can't believe how much this adds to a bread. One of my favorite breads is called "buttermilk bread" and it's tender and flavorful, which is why I wanted to use buttermilk in this recipe. 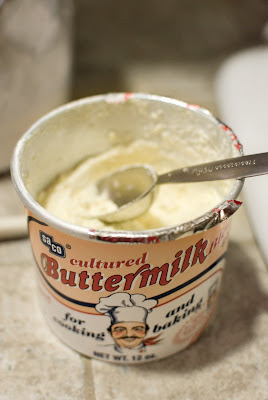 I use buttermilk powder. Ever since I discovered it, I've had a container of it in my fridge at all times. You can find it in the baking aisle by the baking powder. Once opened, it needs to be refrigerated, but you don't have to worry about it spoiling like you would buying liquid buttermilk. It's pretty much the greatest thing ever.


Please, do yourself a favor and make these rolls. Your family and friends will love you forever.

Attempt #2 is sitting on my counter, ready to go in the oven in about an hour. I made half sticky buns and half regular rolls. Stay tuned...
Posted by Kelly at 7/05/2009