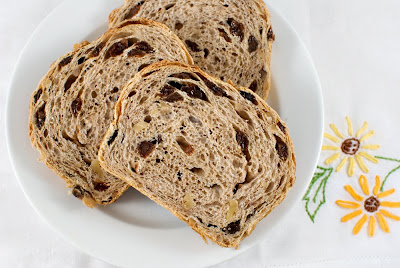 Cinnamon Raisin Walnut bread is (was) on the schedule for Week 9 in the Bread Baker's Apprentice Challenge. I'm baking my way through Peter Reinart's award winning book along with 200+ other amateur bakers. Want to join in the madness, or just learn more about this semi-crazy undertaking? Check out the following links: 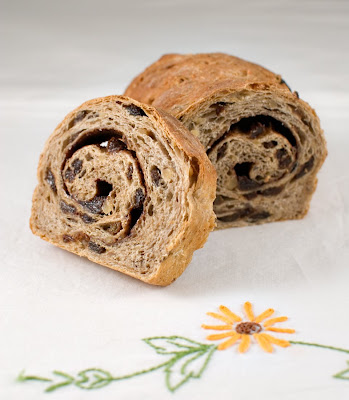 I'm a bit behind on my blogging, but am on schedule baking wise. I baked this yummy bread three weeks ago, and am finally getting around to telling you about it. 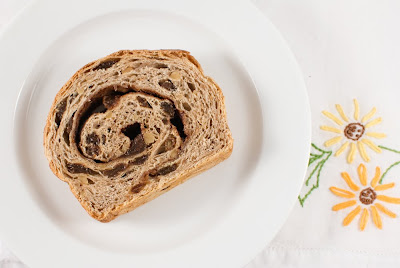 Kidding! Not about the delicious part, though. I would never kid about a cinnamon-infused, raisin-and-walnut-filled bread. Not this one. Because it's goooood. Here, let me show you. 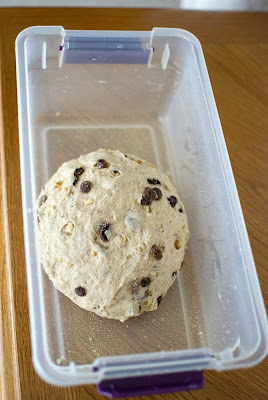 Peter Reinhart's Cinnamon Raisin Walnut Bread is a one-day formula, straight forward and to the point. Mix your dry ingredients, add the wet, which includes buttermilk (love what that does for bread!), knead in the raisins and nuts and BAM! You're ready to wait.

Have I mentioned that bread making involves a lot of waiting? Because it does. But that's OK, because you can fit in all kind of things in the mean time. Fun things like laundry. At least that's what my bread wait time consists of. There are only two humans in my home; how do we end up with so much laundry? Oh, right. I save it all up for the weekend. Ahem.

Back to the bread. 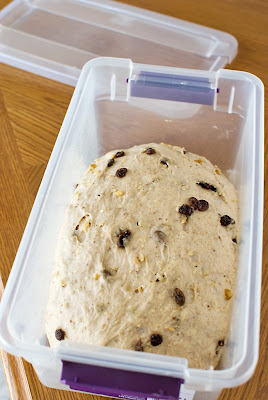 After about 2 hours, the yeast works its lovely magic and THIS is what you get — soft, puffy dough. The only issue I had, though, was that this dough seemed to get "tough" after degassing. Anyone else run into that?

I split the dough in two pieces, shaped on into a regular loaf and popped it in a pan. For the second half, I decided to try the alternative described in a side-note — cinnamon-swirl bread. That alternative got a big "DUH" from me. More cinnamon PLUS sugar rolled in the middle of a cinnamon-infused dough? "Duh, of course I'm going to do that." And I did. 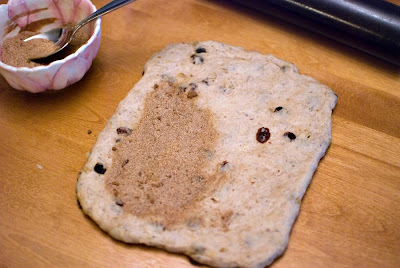 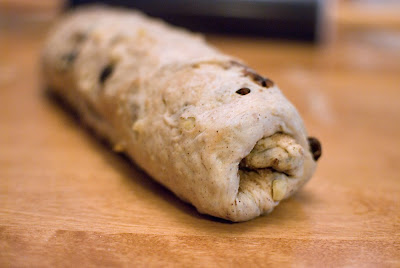 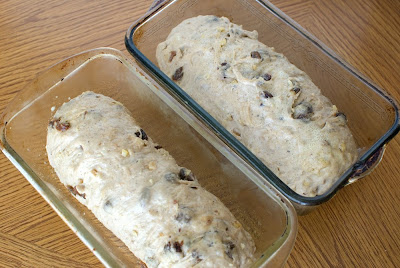 Here are both versions, ready to wait again. The swirl version is at the bottom. Notice how it's more compact. It's the result of the rolling. I think I should have been a little more loose with my technique. 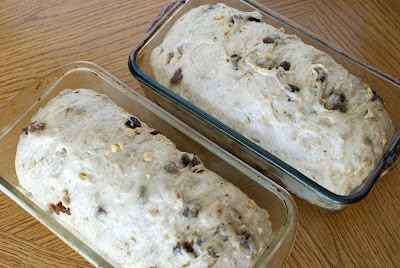 But they both seemed to rise nicely. This is after about 90 minutes. I was hoping to get some oven spring out of it, but didn't, not even a little. For those that might not know (I only learned of this term myself after starting the challenge. I'd witnessed it, but didn't know it had a name), "oven spring" is the term for additional rise in the oven. When you put the bread in the oven, the yeast goes crazy in the heat, generating even more carbon dioxide, until the internal temperature of the dough gets hot enough to finally kill the yeast. *Saluting yeast* I thank you for your sacrifice. 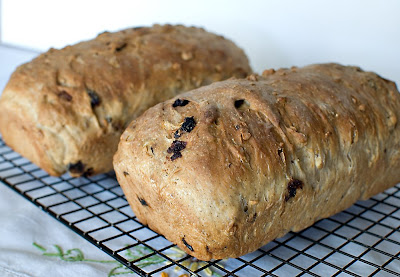 Oh, baby, did this smell good. There's nothing like fresh bread, I tell ya. 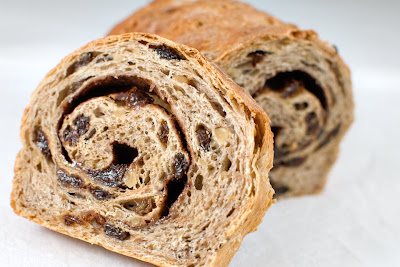 Although the flavor was exceptional — especially the cinnamon swirl version (SO good), I felt like the bread was a little too dense, but Dwight didn't think so. "Mm, ssiss goord," he said, gesturing with the bread in hand, having just taken a big bite of it. Success.
Posted by Kelly at 7/26/2009