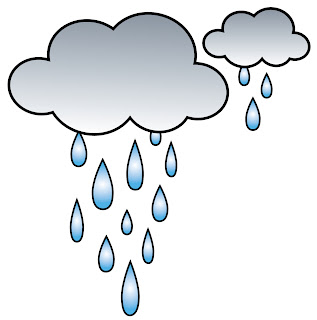 Every other day of the week is fiiiiine, yeah.

It's a soggy Monday, that's for sure. According to the news this morning, we received 7-9 inches of rain from Friday through Sunday. We started to wonder if someone should be building an ark somewhere. We can't complain too loudly seeing as Ike has wreaked far greater havoc elsewhere.

It felt like a laze-about-the-house kind of weekend, and I was able to do a bit of that yesterday. A good deal of Saturday was spent at work but Sunday was a free day. I mostly puttered around, worked on some illustrations and an invitation for an upcoming party I need to finish planning.

Dwight and I also braved the outdoors and took a short trip to the grocery store. Dwight had a hankerin' for gumbo so we needed some fixins. Aside from soaked shoes and jean hems, I managed not to melt despite my reputation that would suggest otherwise. We capped the day with a soak in the new hot tub—which completely rocks, by the way. I'm sure I'll be dedicating an entire post to it in the near future.

Not a terrible weekend, by any stretch, but I'm sure not feeling all fired up about being back at work, especially since email has been down all morning. I like that it's been a whole lot quieter than usual, but once it does come back up, it's going to be ugly.

Even though it's only Monday, I'm already thinking ahead to the weekend. Maybe I can talk D-Town into taking Friday off. I'll give it a shot, anyway!
Posted by Kelly at 9/15/2008